Home » Coworking » The Top 5 Outstanding Places To Cowork in Detroit

The Top 5 Outstanding Places To Cowork in Detroit

The Top 5 Coworking Spaces Of Detroit

Entrepreneurs from all sectors of industry are helping to revitalize Detroit following years of recession during which the City declared Chapter 9 Bankruptcy, millions of jobs were lost and thousands of businesses shut down or relocated.Detroit, which was once referred to as Motor City thanks to its history as the mass automotive production center of America, fell into a state of decline thanks to the introduction of Japanese cars into the American market and the relocation of factories to Canada and Mexico. The 2008 recession seemed to be the final nail in the coffin, turning Detroit into a ghost town with an unemployment rate of 18% at its worst, over 60% of children living in poverty and some homes selling for less than a new car. 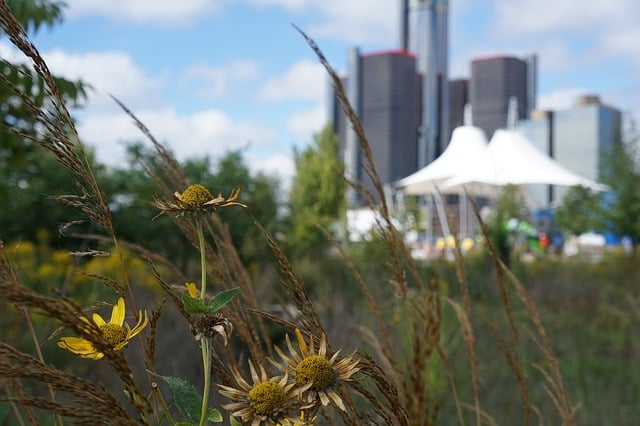 These bleak statistics caused the population of Detroit to decline by 25%, and caused an increase in social problems such as crime, illiteracy and poor delivery of public services. Thankfully, leadership initiatives are beginning to revive Detroit, bringing back much-needed jobs and injecting funds into public coffers that have been empty for a long time.Entrepreneurs are heading back to Detroit in droves, setting up urban farms on previously vacant lots, launching tech firms, reviving the real estate industry, and bringing new ideas into the energy sector. Thanks to a billion dollar private initiative to makeover the city, entrepreneurs are flocking to Detroit to take advantage of cheap office rents, an abundance of local talent, a supportive community and many other benefits. After years of decline, both residents and citizens are welcoming the opportunity to start over and rebuild a city that once had the highest per-capita income in the nation.Detroit is committed to ensuring that every member of its population has access to opportunities to participate in new economic initiatives. Entrepreneurship classes, fair employment practices, minority representation, technical assistance, and micro-lending are all initiatives designed to ensure that entrepreneurs have access to the resources they need. The city’s leadership is encouraging tech startups to move to the area. Tech entrepreneurs receive all the support they need in terms of acceleration programs, local government support, and many other services.Entrepreneurs looking to leverage all the opportunities provided by the city of Detroit should begin to see returns on their investment soon. A sense of hope is beginning to creep back into this once hopeless city as can be evidenced by the number of startups being launched. Detroit should be able to regain its former glory, improve the quality of life of its citizens, and is well on its way to becoming an economic powerhouse once again.As you can imagine, the leaders in this movement are the local coworking spaces. These coworking spaces have created amazing places to run your business and are creating a special entrepreneurial environment. Here are the top 5 coworking spaces of Detroit.#5 Grand River WorkplaceGrand River Work Place is a coworking incubator and pop-up retail space that provides an affordable 24/7 working environment to small businesses startups and freelancers. They help connect entrepreneurs to resources for small business development. They provide weekly and monthly programs for small businesses looking to launch or grow their business.#4 Junction440Junction440 offers entrepreneurs and small business owners an affordable, flexible, and active work environment with access to like-minded peers, educational resources, and modern meeting and event space.

#3 Mash DetroitLocated on Detroit’s lower east side, Mash features Mash-Ups: curated retail, pop-ups, meetings and events in a 6,000 square-foot street level storefront. They bring together the different people, ideas and experiences of Detroit’s culture under one roof. Easily accessible to downtown Detroit, Mash represents an intersection of people, streets, neighborhoods, and cities. Mash is designed to inspire creativity, collaboration, and engagement – serving as a reliable and experiential destination hub of organic social collisions that foster neighborhood enrichment and residential connections.#2 Bamboo DetroitBamboo is a community of entrepreneurs and creatives working together in downtown Detroit. Their members-only community has access to a 24-7 collaborative space, WiFi, conferences rooms, workshops and more. Their members include freelancers, startups, and small businesses dedicated to growing in Detroit.#1 The Green GarageThe building dates back to 1920, built as one of the garages that populated the area to support the fledgling auto industry. In November of 2011, the Green Garage opened as a business incubator and coworking space.Their goal is to develop triple-bottom-line businesses (healthy for the environment, economics, and community). They rent office and workshop space to businesses, who often work together in their coworking community.