Home » Coworking » The Forefathers of Co-Working

The Forefathers of Co-Working

Co-working is a growing trend that is replacing office space in NYC and around the world. We wanted to know how this trend began and who deserves the credit for being at the forefront of co-working. Here are the visionaries that created the trend that is giving independent professionals fantastic places to work. The forefathers of co-working. Hackerspaces deserve a portion of the credit for the co-working trend that is changing the world. Hackerspaces are still around and doing well. Like co-working spaces, the number of hackerspaces is growing exponentially every year over the last decade. Hackerspaces are community-operated physical places, where people share their interest in tinkering with technology, meet and work on their projects and learn from each other.Hackerspaces began to form in the late 90's in Germany. They began to organize as associations and began to create local events based on hacker ethics. In 2001, several hackerspaces that still exist were created. This was right after the dot-com bust that created a recession in the U.S. and Europe resulting in IT workers around the world being suddenly unemployed. They created hackerspaces so that they would have local communities where they could meet, work and hold events. Hackerspaces are nonprofits owned and run by their community in a spirit of equality. With a foundation in IT, they have a strong emphasis on technology while sharing ideas and equipment. Another important factor for hackerspaces is that they want to be a part of the local community and share their technical knowledge with events and members of the community that do not have a tech background. 17 people created C-Base in Berlin in 1995, the first hackerspace. It was created by sci-fi enthusiasts and the design of the hackerspace is a crashed space station. They have a Star Trek scanner to check in at the entrance and often hold large events for non-members. C-base is the mothership of all hackerspaces and is worth a visit if you're in Berlin especially if you're a coder. 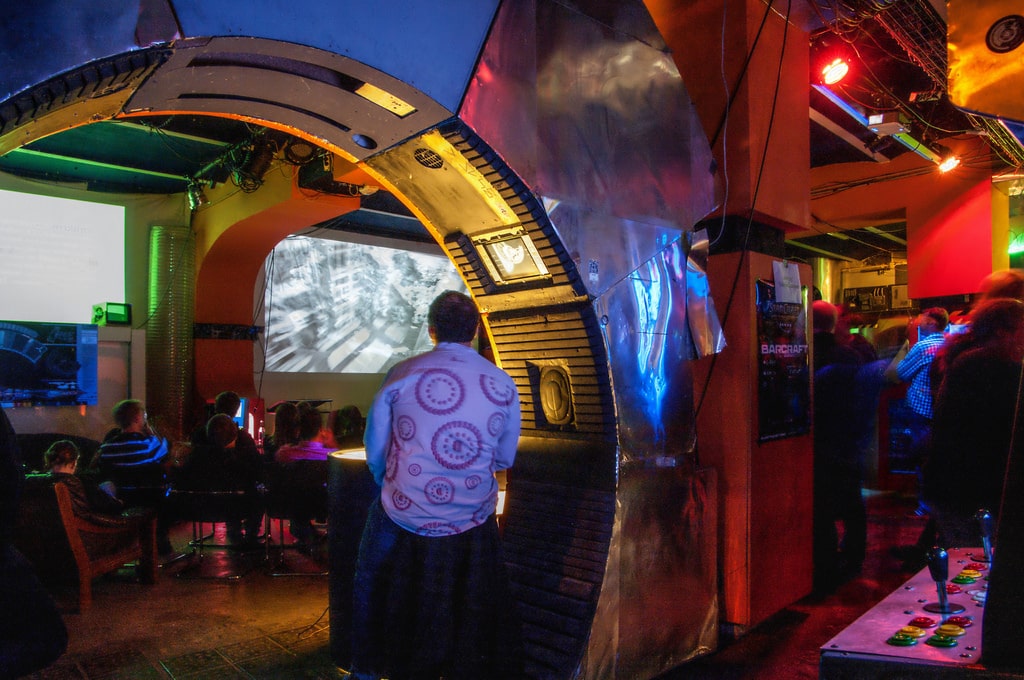 Five years after hackerspaces began to gain momentum in Berlin in 2001, co-working spaces followed a similar trend in 2006. There are many similarities and obvious differences between hackerspaces and co-working but hackerspaces laid a nice foundation. They proved that like-minded communities could be created by independent workers online. Whether you work at home, in a cafe at a hackerspace or enjoy co-working there are now numerous options so that you can choose the best option for yourself and your business. Co-working spaces around the world are grateful for hackerspaces that created a path of working independently while building communities together.

For Co-Working in NYC VisiT The Farm SoHo