Neil is the Cofounder of Project Spaces, a growing network of founder-friendly coworking spaces in downtown Toronto for entrepreneurs, freelancers, and remote workers. They provide vibrant workspaces, an active community and an array of services to help their members succeed.

Who are your ideal clients?

The Project Spaces community in Toronto is as diverse as the city we're in! We attract a gritty, hardworking community of startups and entrepreneurs, freelancers and creative agencies, as well as a growing number of remote workers. The majority of our member are millennials who were crazy enough to take the path less traveled and start their own business. The result is an authentic work hard / play hard atmosphere that would be hard to replicate.

Is this your first business?

My Cofounder, Jeff Howard, and I met at Queen's University in Kingston, Ontario. Prior to Project Spaces, we worked on an events company, a print magazine and a tech startup - all long stories that, in their own weird way, led us to what we're doing today.

What is the biggest reason for your success so far?

When we leased our first space in 2011 (then just 1,200 sq ft) we had no idea what we had set in motion. We didn’t move in thinking we were starting a coworking business. We just needed a place to work and were lucky enough to have some friends in the same boat. And though we were definitely not the first shared workspace in Toronto, the way our company came about meant that we had to figure it out as we went along. With no playbook to follow, and armed only with a wifi connection, some folding tables, and a keg fridge, we opened our first space in August 2011.

Our first members were our friends. We didn’t have a lot of money, and real estate in Toronto is expensive, so we could only focus on the bare essentials. But staying gritty meant that we could offer affordable rates, and most of the companies were startups so that was important. Now we call this “founder friendly” but in 2011 it was simply all we could afford. A lot has changed since then, but our approach hasn’t.

I think it's by staying true to those roots - keeping things simple and focusing on key elements like 24/7 access, super fast wifi and a killer community - is a big reason for our success so far.

What were the earliest indications that this business could be successful?

Jeff and I were focused primarily on a tech startup at the time, with the space acting more as a side project to "keep the lights on". But we noticed that each month we had more people in the space than the month before (not a bad problem to have!). Our friends brought in friends, who brought in friends. Before we knew it, managing our growing community became a full-time gig and everything else we were working on got pushed to the back burner.

What position did you hire first?

The first person we hired was actually someone who had worked with us in the past as a designer. He happened to have a ton of experience in hospitality, so when it came time to start establishing standards and procedures for the space he was the perfect guy for the job. Thanks to his early work, we were able to maintain the laid back atmosphere in our spaces, while being able to operate at a high standard behind the scenes. It also didn't hurt that having him on board meant we had awesome in-house design capability as well.

What is working best for your marketing right now?

We use Instagram a lot. We've found that sharing images of our spaces and, more importantly, our members doing what they love, has been a great way to bring people "into the spaces" and communicate our brand. Events have always been a great way for us to build community as well.

What is your biggest differentiator?

There are a few key things that we focus on - 24/7 access, super fast wifi and an awesome community. But I think at a higher level, what makes us fundamentally unique is that we're a startup too. While a lot of spaces might be associated with a university or college, or might receive government or institutional funding of some kind, we're a bootstrapped company just like many of the members that call our spaces home. Because of that, we relate personally with every founder that comes through our doors and can serve them authentically.

What is the toughest decision you've had to make in the last few months?

We recently took the leap of doubling the size of our King West space. It was something we wanted to do for a long time, and we believed the growing demand was there. But as anyone in the coworking industry will tell you, signing a lease is terrifying. You never know what curveballs might come your way, and no matter what happens you're on the hook for the rent (and Toronto can be expensive, especially downtown). On top of that, the expansion involved a major renovation which isn't something we had much experience in. But we took the leap, kept costs in check and I'm happy to say the new space is now fully operational and we expect it will be full in the next 60 days!

If it was possible, what advice would you give yourself 10 years ago?

How did you meet your co-founders or business partners?

I met Jeff Howard in an interview room at Queen's University. I had applied for an event and marketing roll at a student service that he was managing. I convinced him to hire me and the rest is history.

Favorite place to travel to?

While I still have most of the world to see, I have to say San Francisco has been a big favorite. A lot of people tend to think of SF as a tech hub, which of course it is. But I think what makes it so unique is actually the collision of tech and art. Such a rich history of creativity and culture, now meshing with the fast-paced world of tech, is what I think makes SF so amazing. I would live there.

What are your favorite things about coworking spaces?

We believe that coworking isn't some fad or passing trend. Similar to how the popularization of the Internet in the early 90's represented a shift too fundamental to turn back from, we believe the shift towards flexible, shared space will be showing no signs of slowing down. The community we've built is definitely what inspires us and keeps us hustling every day, but getting to be a part of this major shift in its early stages is pretty exciting.

What book are you most likely to give as a gift?

I recently read "The Hard Thing About Hard Things" by Silicon Valley VC Ben Horowitz. It's an awesome read, both because of the honest stories and lessons you can absorb, but also because of Ben's unique outlook and writing style. On top of regularly quoting hip-hop artists, Ben writes from a very "in the trenches" point of view, as opposed to many other books that focus on how to run a company when things are going well (when usually they're not).

What is your favorite small business in the town you grew up in?

I grew up in Ottawa and was really into skateboarding as a kid. There was this independent skate shop on Rideau Street called Top of The World (it might still be there). I grew up mostly in the suburbs, so making the trek downtown to visit the shop was always a cool experience for me. I loved just hanging out there, meeting the local skaters and checking out the new skate decks, which always had such cool artwork.

Do you have a favorite freelancer you have worked with?

An early member of ours, Ben Johnston, moved to Toronto from South Africa and joined our space before he even had a place to live. Ben is a super talented designer, specializing in lettering and typography. We worked with Ben on two murals which still adorn the walls of our spaces today. His work has an incredible detail and classic aesthetic to it that just works for Project Spaces. We ended up working with Ben again recently on a refresh of the Project Spaces branding which can be found on our new website.

What is your favorite app or online tool?

Have to say I'm a huge fan of Webflow. It's a powerful website builder and CMS that I used recently to rebuild the www.projectspac.es site. It's extremely versatile and has a ton of features that make the process easy. Having some knowledge of HTML and CSS definitely, helps but they also have a ton of resources to help walk you through it.

What was the best event that you recently attended?

I'm going to instead tell you about an event I'm extremely excited for! August 2016 marks our 5 year anniversary. Our anniversary parties are always a big celebration for members past and present, as well as our partners in the city - and we always go big. But to celebrate 5 years we knew we had to step things up even further, so we booked a gorgeous cruise boat that will take 300 members, friends and partners for a cruise around the Toronto Harbour. One of our mantras is "stop networking, start making friends" and events like the cruise (and other fun, non-work related events) help us do that.

How did you finance your business?

We raised a small amount of money from friends and family for a previous business, which helped to initially get Project Spaces off the ground. Since then we've just bootstrapped, growing organically from the revenue generated by membership fees, services and events. This makes things tricky sometimes, but keeping costs in check is another way we stay true to our gritty roots.

What business would you love for someone else to start?

What advice do you have for new founders?

I think the only true advice I can give is to never stop. When I was starting my first business I had no idea that I would end up running shared workspaces (or that I would love it so much!). But if I hadn't of gone through all the experiences I did early on, I wouldn't have learned the things I've learned and definitely wouldn't have ended up starting Project Spaces. They say "success is falling 9 times and getting up 10" and I think that's very true. It's also about having a vision, but being willing to adapt that vision as new opportunities come along. 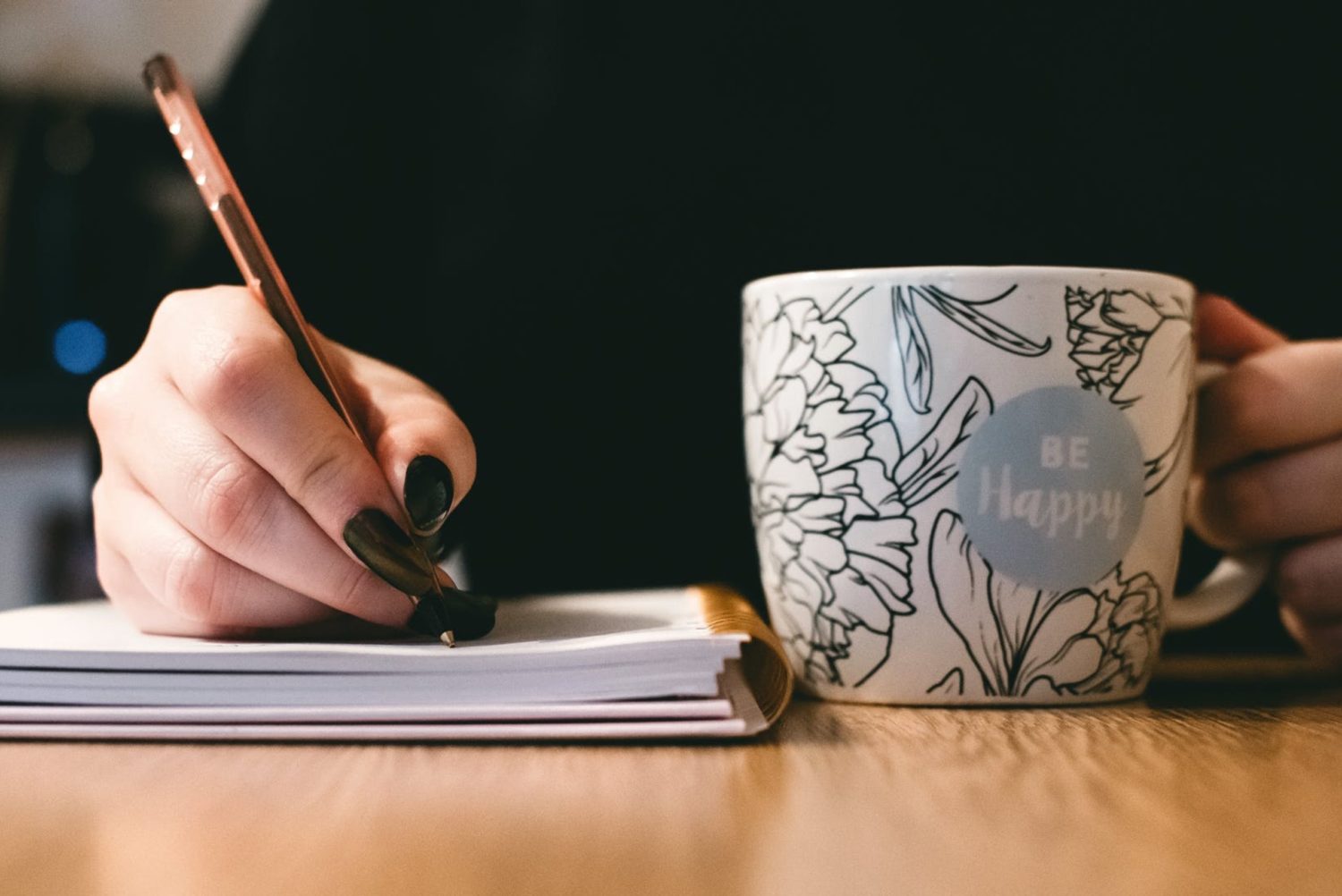 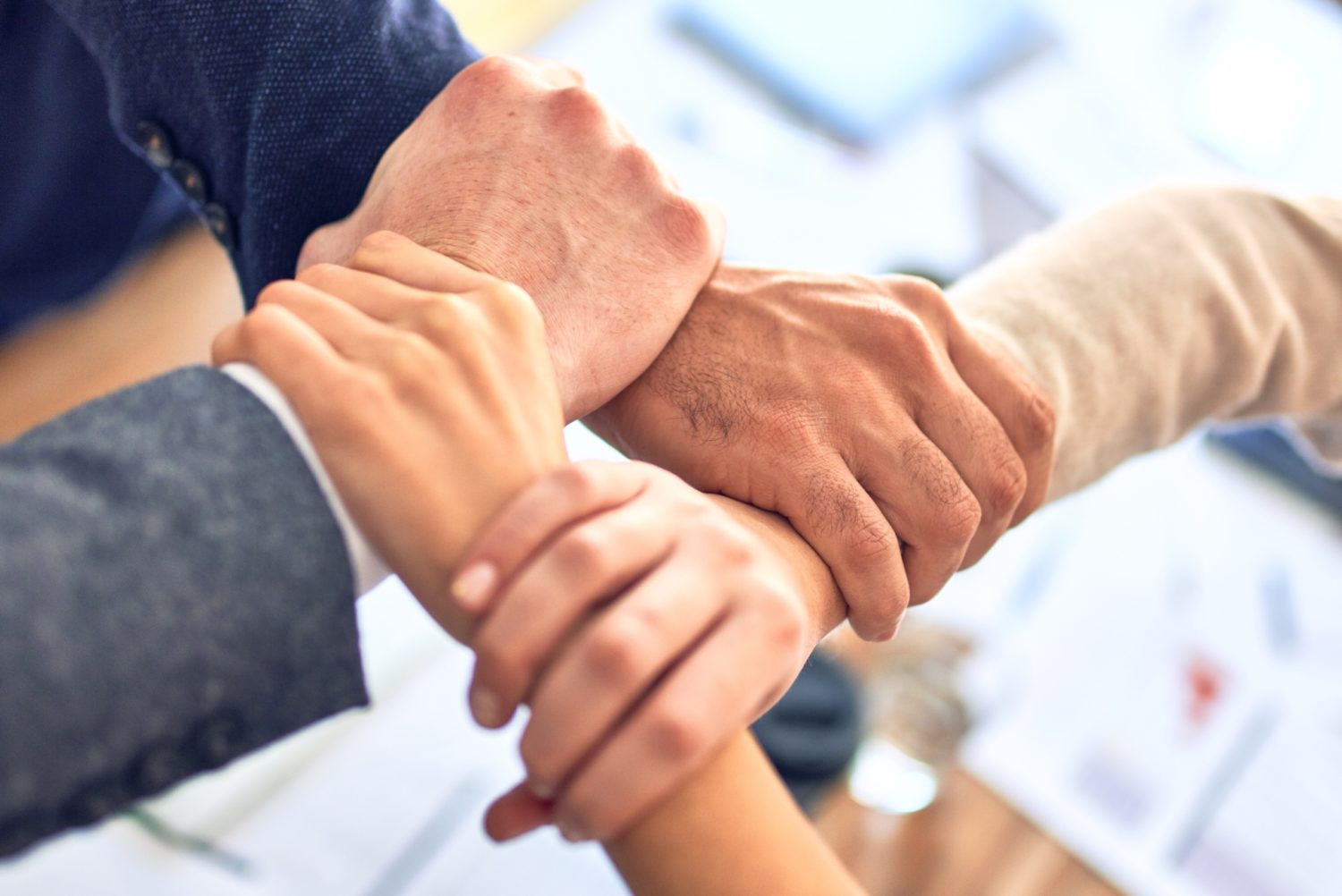